WCW of the Week: Rosalind Brewer, from Chemist To Walmart’s First Female Executive

http://gilpincarwash.com/?p=10839 Rosalind Brewer is currently the Chief Executive Officer and President of Samai??i??s Club, a bulk retail outlet and division of Wal-Mart, and one of the most successful black women in American business. The trajectory of her career, which started in the labs at Kimberly Clark, suggest that Brewer is not only a successful woman Pills , but as technically gifted as she is savvy in business, and that the most accomplished executive career can begin in unlikely places.

Brewer was raised in Michigan, and used scholarships and low-interest student loans to attend Spelman College in Atlanta, GA. It was there that she earned her bachelorai??i??s degree in chemistry, an unusual area of study for a future CEO. Discussing her reasons for pursuing chemistry, Brewer told Talk Business Quarterly, ai???I was convinced I wanted to be a physician, and I had always done well in math and science as a child. Once I learned that I am a weenie when it comes to blood and grieving, it changed my direction.ai??? Brewer would go on to attend the advanced management program at The Wharton School and graduated from Directorai??i??s College at the University Of Chicago School of Business/Stanford School Of Law.

Shortly after graduating from Spelman, Brewer put her chemistry degree to work by taking a job in 1990 at Kimberly-Clarkai??i??s Nonwoven technology and product development division, where she worked in the lab developing new innovations for the health product titan. Her hard work and long hours to Kimberly-Clark paid off when she was promoted through the ranks at, ultimately becoming the president of Nonwoven Global Operations in 2004, and a struggling division that she turned into one of the companyai??i??s biggest moneymakers. 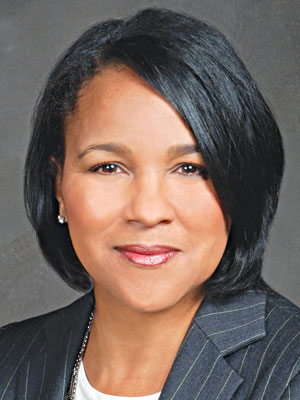 After two years of leading Kimberly-Clarkai??i??s Nonwoven division, Brewer accepted an offer to join Wal-Mart as the regional director of the companyai??i??s Georgia stores in 2006. When asked about her decision to join the company, she compared the breadth of opportunities that Wal-Mart provides to those offered by the United States military.

Her success in leading Georgia stores saw here once again rise through the ranks of the company, and in 2007 she was promoted to director of Wal-Martai??i??s Southeastern United States Division, a high-profile job because it includes Wal-Martai??i??s base of operations and corporate headquarters. Brewer held this position until 2012, when the previous CEO and President of Samai??i??s Club stepped down. She was once again promoted, and became the first woman and first African-American to hold an executive position at the company. She currently reports directly to Wal-Mart CEO Mike Duke, and has been tasked with continuing the record profits that Samai??i??s Club has earned over the past few years. The companyai??i??s first quarterly reports have shown that profits are continuing to grow.

Since taking her role at Samai??i??s Club, Brewer has set her sights on creating stronger competition with Costco, the only other national competitor in the bulk retail market in the U.S. A few of her first strategies include expanding the storesai??i?? health and pharmaceutical departments, raising membership rates, and opening at an earlier time to accommodate busy small-business owners.