Wildly Capable Woman of the Week: The Female CEO that Split Kraft

As a child, Irene Rosenfeld dreamed of one day becoming president of the United States. While that dream never materialized, she still worked her way into a position as a female CEO price of duphalac syrup where her decisions impact millions of employees and affiliated business owners each day, and her products are purchased by billions around the world. She is the definition of a successful woman cheap pills .

Born in Long Island, she attended Cornell University in 1971, and earned three degrees, a Bachelorai??i??s in psychology, a masterai??i??s in business, and a PhD in marketing and statistics. Rosenfeld is extremely private, and, unlike many other CEOs, typically shuns the spotlight. She was raised Jewish, and continues to play an active role at her local temple in Northern Chicago.

After graduating from Cornell, Rosenfeld worked briefly for a marketing and advertising agency before joining General Foods in 1981. General Food was later acquired by Kraft. Despite her excellent work throughout the eighties and nineties that saw her climb the corporate ladder, including stints as the President of Kraft Foods Canada and Kraft Foods North America, Rosenfeld was passed over for the top position in 2003.

Disappointed with being overlooked, she left the company that she had helped to turn into an international food giant and joined one of Kraftai??i??s rivals, PepsiCo, as the chief executive officer of Frito Lay. While in this role, she steered the companyai??i??s focus towards healthier brands. (PepsiCo is currently home of another Wildly Capable Woman, CEO Indra Nooyi.)

In 2006, she was recruited back to Kraft and assumed the CEO position, where she kicked off a series of shrewd business moves that have drawn both awe and ire from various corners of the international business community. After building up Kraftai??i??s pizza holding, DiGiorno, and turning it into one of the companyai??i??s fastest growing divisions, she ultimately decided to sell the company. As the business world would soon learn, this sale was merely paving the way for even bigger business moves.

Rosenfeld led what many industry observers saw as a hostile takeover of British candy company Cadbury. During the buyout, concerns were raised by the British government about the methods used to purchase Cadbury, but Rosenfeld refused to speak to the British Parliament, and was not considered to be cooperative. Some sources in the British government said Rosenfeld came close to contempt of court.

Shortly after the buyout, Rosenfeld felt that after the company had purchased international snack companies like Nabisco and Cadbury, the split would allow the company to have to separate focuses on snacks and iconic North American brands like Kraft and Oscar Meyer. Rosenfeld would continue to oversee the snack division, now called Mondelez. 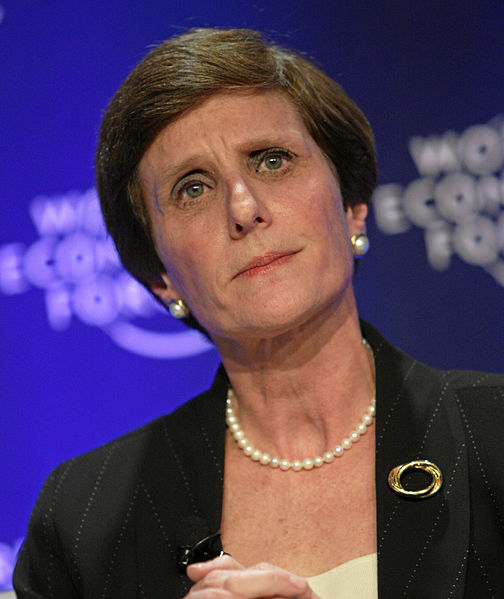 Speaking with Forbes, Rosenfeld explained the origins of the new companyai??i??s name. ai???It actually was a name that was created in a naming contest among our employees.Ai?? And we had two separate employees, one in Europe and one in North America that came up with the name. We did not [use a branding consultant]. We are very proud of that.ai???

Though she is the CEO of Mondelez, Rosenfeld remains a major shareholder in the new Kraft, and acts as an official advisor to the companyai??i??s new executives, many of whom she mentored while the two companies were a single unit.